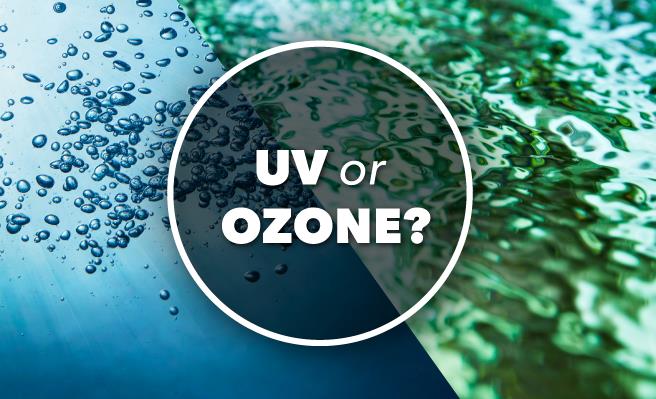 This article will take you through the basics of ultraviolet (UV) light and ozone technology. Discuss the comparative effects of various applications of drinking water treatment from disinfection to taste and odor control, and point out the advantages and disadvantages of each technology for each treatment target.

Ozone sterilization VS UV sterilization
Nowadays, ozone and ultraviolet rays are commonly used sterilization methods. Both are widely used in many fields. They are used for similar purposes, but they are different. Let’s introduce the difference between the two below. 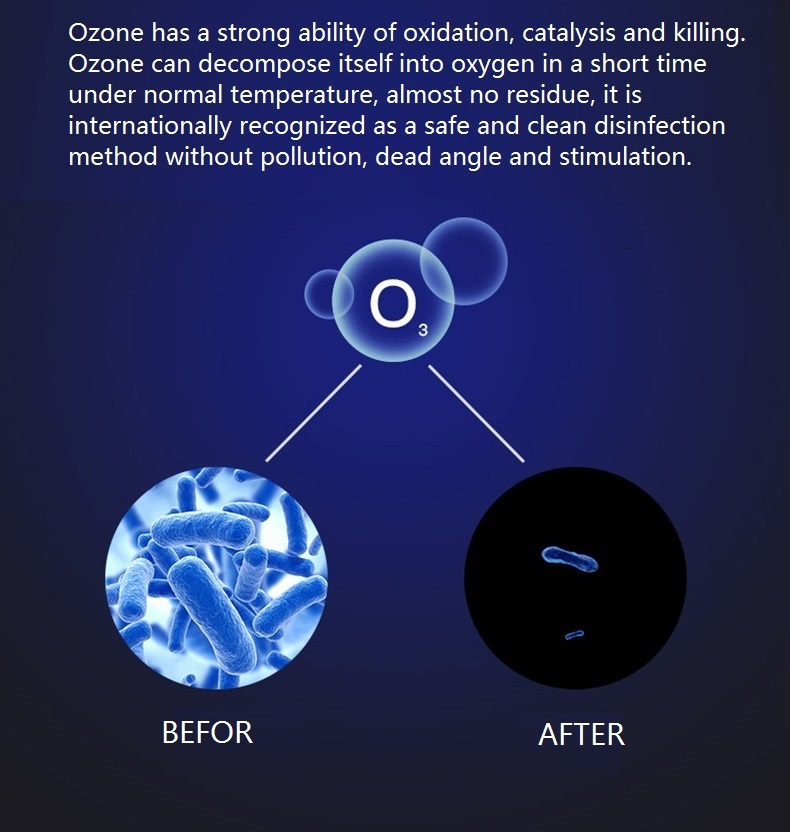 Ozone sterilization is at the lysis level. It has a wide range of applications, including air, surface and water sterilization. The sterilization process is thorough without any residues during the process. Ozone can kill bacteria, spores, viruses, fungi, and can destroy botulinum toxin. It not only has a strong killing effect on a variety of bacteria, but it is also very effective in removing mold. Factors affecting ozone sterilization include humidity, temperature, fresh air volume, ozone density, treatment time, etc.

Application
Ozone is commonly used for disinfection of air, surfaces and water. It is widely used in deodorization, industrial oxidation reaction, and reducing the incidence of infectious diseases. Ozone can also be used for sewage treatment. When used in water treatment, ozone can also bleach and decolor water.

In addition to high efficiency, it also has a broad spectrum. Ozone is unstable. It quickly decomposes into oxygen and individual oxygen atoms. The single oxygen atom then combines itself with oxygen molecules without producing toxic residues. Therefore, ozone is called a clean sterilizer.
Under normal temperature and pressure conditions, ozone exists as a gas. During its sterilization process, ozone can reach almost any location. Ozone can not only kill the virus directly, but also the pathogens and microorganisms that the virus may inhabit.

Ultraviolet rays are mainly used in production or assembly lines and the medical industry. Ultraviolet germicidal lamps can be used to treat the air and surfaces in the room. In order to obtain a better sterilization effect on the operating table, the most suitable height for ultraviolet rays is 1-1.5m from the table.

limit
If ozone is used for sterilization in areas that are in direct contact with flammable and explosive gases, gas replacement should be carried out in advance. The normal working condition of the ozone generator is that the temperature is between -20°C and 50°C, and there is no high humidity. Long-term use in an inappropriate environment will affect the service life of the machine.

For health protection, long-term exposure to ozone can cause health problems. When someone is in the room, the ozone generator cannot be used. After the ozone disinfection is completed, for safety reasons, the newly processed room should be left unoccupied for 40 minutes for ventilation before moving in again.

During ultraviolet sterilization, the space to be treated should be kept clean and dry to reduce the impact of dust and water mist on the machine. When the temperature is lower than 20°C or higher than 40°C, and the relative humidity is greater than 60%, the working time of the ultraviolet germicidal lamp should be appropriately extended. The life of the ultraviolet germicidal lamp is inversely proportional to its irradiation intensity. Their general service life is usually less than 1000 hours. The lamp must be replaced when it exceeds its service life. In addition, since ultraviolet radiation is harmful to human skin and eyes, it is not applicable when there are people in the room.

How To Get Started

Contact us, Let’s find the most suitable, environmentally friendly and economical solution for each unique project.